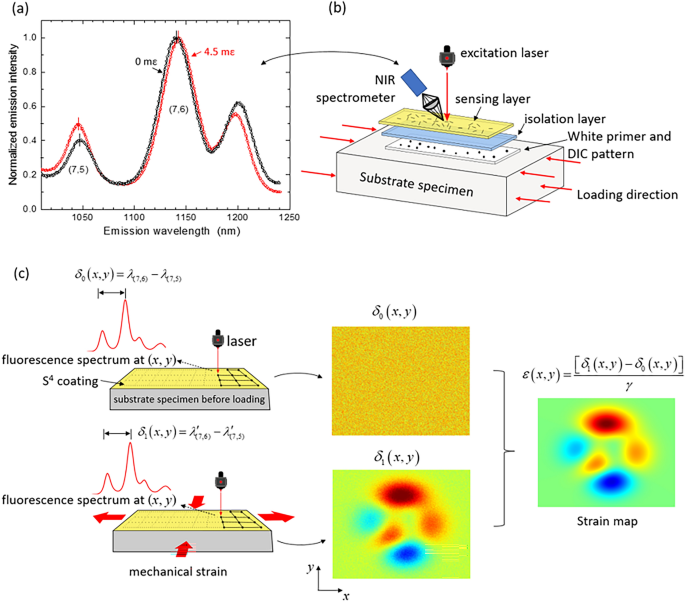 This study reports next generation optical strain measurement with “strain-sensing smart skin” (S4) and a comparison of its performance against the established digital image correlation (DIC) method. S4 measures strain-induced shifts in the emission wavelengths of single-wall carbon nanotubes embedded in a thin film on the specimen. The new S4 film improves spectral uniformity of the nanotube sensors, avoids the need for annealing at elevated temperatures, and allows for parallel DIC measurements. Noncontact strain maps measured with the S4 films and point-wise scanning were directly compared to those from DIC on acrylic, concrete, and aluminum test specimens, including one with subsurface damage. Strain features were more clearly revealed with S4 than with DIC. Finite element method simulations also showed closer agreement with S4 than with DIC results. These findings highlight the potential of S4 strain measurement technology as a promising alternative or complement to existing technologies, especially when accumulated strains must be detected in structures that are not under constant observation.