JILAの物理学者は、アインシュタインの一般相対性理論、より具体的には時間の拡張と呼ばれる効果を、これまでにない最小のスケールで測定し、わずか1ミリメートル、つまりシャープペンシルの先ほどの幅で隔てられた2つの小さな原子時計が異なる速度で時を刻むことを明らかにしました。
JILA physicists have measured Albert Einstein’s theory of general relativity, or more specifically, the effect called time dilation, at the smallest scale ever, showing that two tiny atomic clocks, separated by just a millimeter or the width of a sharp pencil tip, tick at different rates. 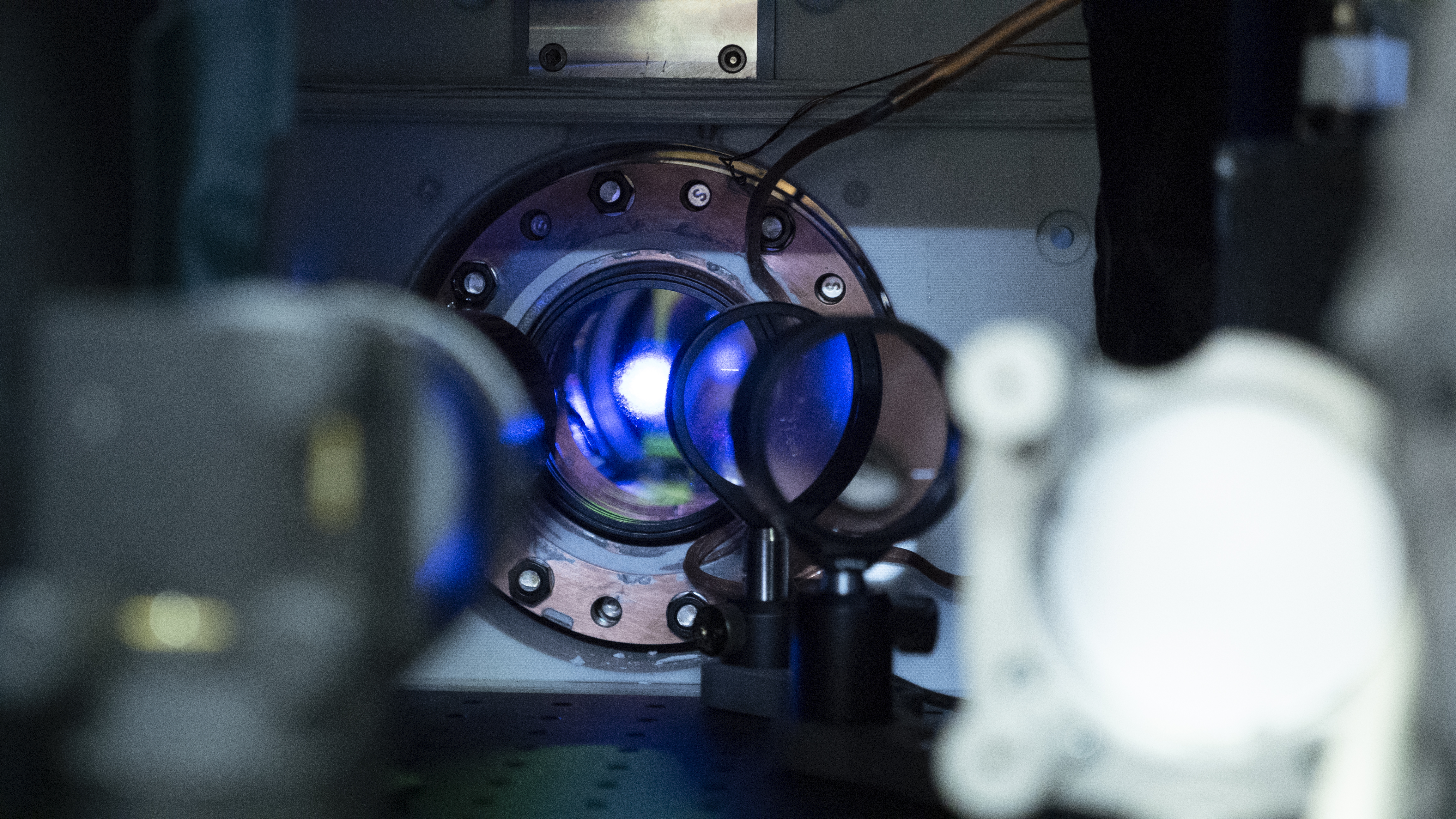 The experiments, described in the Feb. 17 issue of Nature, suggest how to make atomic clocks 50 times more precise than today’s best designs and offer a route to perhaps revealing how relativity and gravity interact with quantum mechanics, a major quandary in physics.

JILA is jointly operated by the National Institute of Standards and Technology (NIST) and the University of Colorado Boulder.

“The most important and exciting result is that we can potentially connect quantum physics with gravity, for example, probing complex physics when particles are distributed at different locations in the curved space-time,” NIST/JILA Fellow Jun Ye said. “For timekeeping, it also shows that there is no roadblock to making clocks 50 times more precise than today — which is fantastic news.” 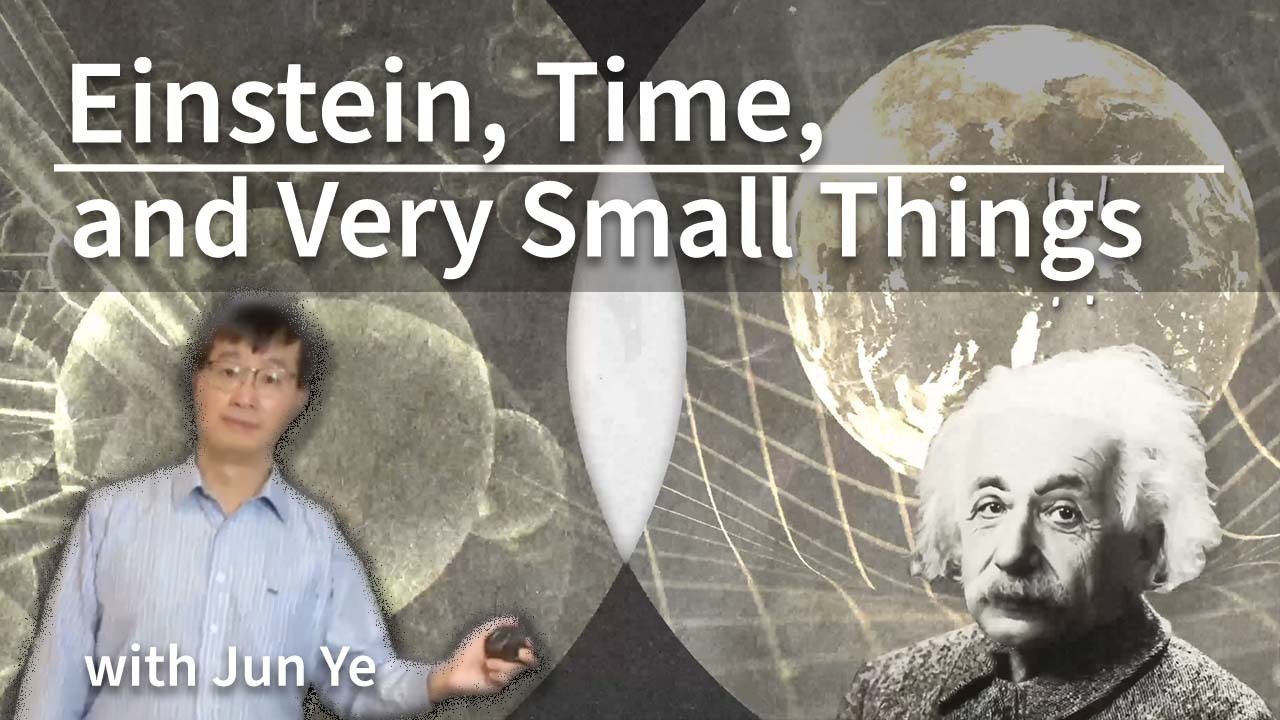 Small shifts in time mean big changes for how we understand the world. More than 100 years ago, Albert Einstein’s theory of general relativity proposed that the gravity of large objects like Earth distort the flow of time. NIST’s newest clock finds Einstein’s theory works on a millimeter scale, narrowing the gap between quantum physics and our larger understanding of our world and the universe.

Einstein’s 1915 theory of general relativity explains large-scale effects such as the gravitational effect on time and has important practical applications such as correcting GPS satellite measurements. Although the theory is more than a century old, physicists remain fascinated by it. NIST scientists have used atomic clocks as sensors to measure relativity more and more precisely, which may help finally explain how its effects interact with quantum mechanics, the rulebook for the subatomic world.

According to general relativity, atomic clocks at different elevations in a gravitational field tick at different rates. The frequency of the atoms’ radiation is reduced — shifted toward the red end of the electromagnetic spectrum — when observed in stronger gravity, closer to Earth. That is, a clock ticks more slowly at lower elevations. This effect has been demonstrated repeatedly; for example, NIST physicists measured it in 2010 by comparing two independent atomic clocks, one positioned 33 centimeters (about 1 foot) above the other. 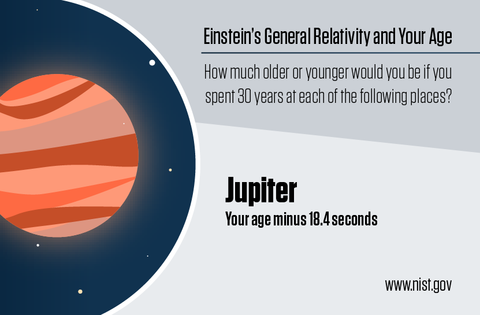 See more about relativity and age in a larger infographic.

The JILA researchers have now measured frequency shifts between the top and bottom of a single sample of about 100,000 ultracold strontium atoms loaded into an optical lattice, a lab setup similar to the group’s earlier atomic clocks. In this new case the lattice, which can be visualized as a stack of pancakes created by laser beams, has unusually large, flat, thin cakes, and they are formed by less intense light than normally used. This design reduces the distortions in the lattice ordinarily caused by the scattering of light and atoms, homogenizes the sample, and extends the atoms’ matter waves, whose shapes indicate the probability of finding the atoms in certain locations. The atoms’ energy states are so well controlled that they all ticked between two energy levels in exact unison for 37 seconds, a record for what is called quantum coherence.