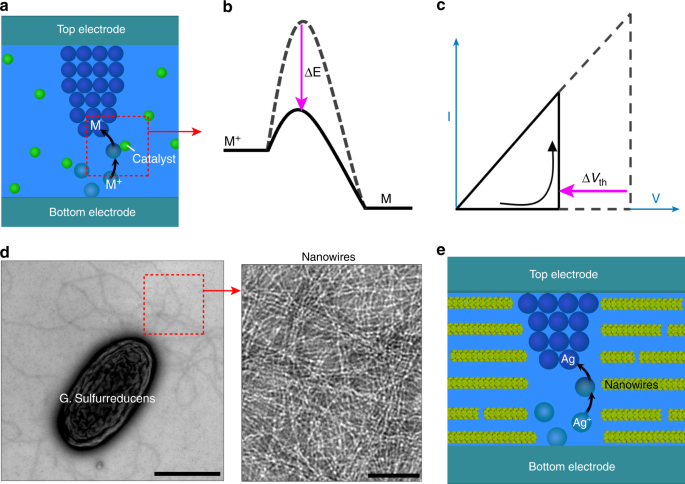 Memristive devices are promising candidates to emulate biological computing. However, the typical switching voltages (0.2-2 V) in previously described devices are much higher than the amplitude in biological counterparts. Here we demonstrate a type of diffusive memristor, fabricated from the protein nanowires harvested from the bacterium Geobacter sulfurreducens, that functions at the biological voltages of 40-100 mV. Memristive function at biological voltages is possible because the protein nanowires catalyze metallization. Artificial neurons built from these memristors not only function at biological action potentials (e.g., 100 mV, 1 ms) but also exhibit temporal integration close to that in biological neurons. The potential of using the memristor to directly process biosensing signals is also demonstrated.

未来の技術を垣間見る (A Glimpse into the Future)