（Researchers Create a Single-Molecule Switch ? a Step Toward Ever-Smaller Electronics） 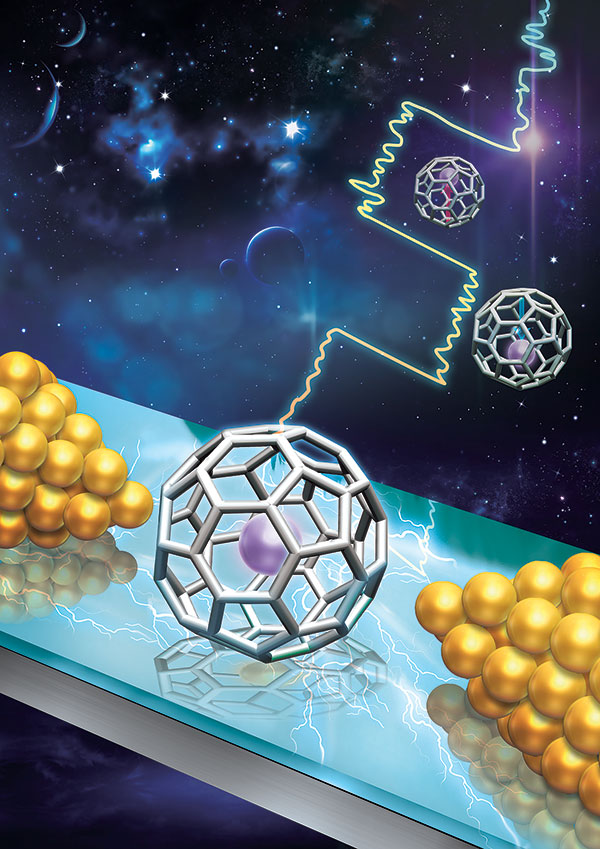 Electrets are dielectric materials that have a quasi-permanent dipole polarization. A single-molecule electret is a long-sought-after nanoscale component because it can lead to miniaturized non-volatile memory storage devices. The signature of a single-molecule electret is the switching between two electric dipole states by an external electric field. The existence of these electrets has remained controversial because of the poor electric dipole stability in single molecules. Here we report the observation of a gate-controlled switching between two electronic states in Gd@C82. The encapsulated Gd atom forms a charged centre that sets up two single-electron transport channels. A gate voltage of ±11 V (corresponding to a coercive field of ~50 mV Å–1) switches the system between the two transport channels with a ferroelectricity-like hysteresis loop. Using density functional theory, we assign the two states to two different permanent electrical dipole orientations generated from the Gd atom being trapped at two different sites inside the C82 cage. The two dipole states are separated by a transition energy barrier of 11 meV. The conductance switching is then attributed to the electric-field-driven reorientation of the individual dipole, as the coercive field provides the necessary energy to overcome the transition barrier.